Paul Giblin has taken Ultra Endurance Running to a whole new level, after completing the End to End Trail - UK´s longest trail route in 29 days. Initially what he anticipated to be at around 1,961KM (1,215MILES), became significantly longer after some extra route navigation. Whatsmore, the route included over 52,000metres of vertical gain.

With a palmares that includes setting a new record of 3 days, 23 hours and 50 minutes on the Cape Wrath Trail - considered UK's toughest trail that runs through the Scottish Highlands and along the west coast of Scotland, Paul is no stranger to long and arduous multi-day running challenges. In fact if it's not what he considers to be an extreme challenge, he is not interested. He has also tackled what's known as the toughest Ultra Running race in the World in Barkley Marathons and finished top 10 on 3 occasions at the famous Western States 100, Endurance Run.

Starting from the most Southerly Point at Land's End on August 9th Paul headed North to John O´Groats in the furthest point of the UK. Arriving on September 6th, he set a new benchmark record on this immensely difficult route.The recommended hiking schedule is 61 days, which the Scotsman completed in less than half that time in a route that until now had not been attempted by anyone…

It’s been a difficult year for me for a number of reasons. I came back to the UK for 10 days over Christmas and then the 2nd big Covid lockdown happened. So everything had to change. Race plans were affected. I couldn’t travel to the US, or get back to Chamonix. My year is usually full of races and challenges and the frustration of doing nothing would have been too much for me.

There is a lot of history with people attempting to connect up Lands End and John O’Groats - these famous landmarks being the two points on mainland Britain that are the furthest apart. In running, there are new record attempts every year - but these are normally all road based (the shortest / quickest route). Most fail to even complete the attempts. No data can be found on a single running attempt on trail.

So why the End2End Trail? We speak to Paul about his insane achievement...

Why such a long attempt? After already completing the Cape Wrath this year, wasn't that enough for one year?

It’s been a difficult year for me for a number of reasons. I came back to the UK for 10 days over Christmas and then the 2nd big Covid lockdown happened. So everything had to change. Race plans were affected. I couldn’t travel to the US, or get back to Chamonix. My year is usually full of races and challenges and the frustration of doing nothing would have been too much for me. The Cape Wrath FKT fell out of all the chaos and ultimately became a stepping stone for this bigger End to End Trail project. The E2E is an idea I’ve carried for many years having discovered an old guide book in a library discard pile. Cape Wrath gave me the confidence and drive to at least consider making it happen this year. It was a huge undertaking but I knew it would be one of my most significant and profound running experiences for so many reasons.

Explain the route, because it seemed like it threw you some extra obstacles you weren't expecting?

It’s a combination of many established trails and connecting paths and then lots of “invisible trails” (a new term to me). I ran every possible terrain. From beaches and sand dunes, to boggy moorland, mountain passes and remote forest paths. There were unexpected challenges every day. Sections that looked easy on paper were often the worst - bathing nettles and briars or navigating deep peat bogs and finding my way through never-ending marshes and overgrown river banks.

Is there one moment that stuck out in your mind from the 29 days, maybe the best and worst moment you experienced?

So many great moments. I shared many of those with close friends and people I’d never met before, who felt inspired enough to come out and run with me for a few miles. I finished a few very hard days with some long descents as the sun was setting. Some of those moments I’ll never forget. Once north of Fort William, the terrain gets super tough, and the remoteness means the sections were unsupported for long periods. One of the days ended up being a 22-hour stint and I was pretty exposed. It was a stressful time for me and the crew and then after only a couple of hours of sleep I had to put in another long shift.

Once north of Fort William, the terrain gets super tough, and the remoteness means the sections were unsupported for long periods. One of the days ended up being a 22-hour stint and I was pretty exposed

How did you get support along the way...since it's a long time to have a support crew?

I had different people crewing as it was over such a long period. We mostly had a small campervan which was our “life-base.” They were all amazing. Sorting food, working out plans and distances and just being there to keep everything moving. Couldn’t have done it without them.

Can you share with us your nutritional strategy...what you ate, drank, how did you stay fueled?

Mostly followed my normal plant-based diet - just ate more regularly. Every time I met the crew I’d generally have some kind of meal / snack. A lot of wraps, soups and sandwiches. Evening meals when I stopped were usually freshly cooked when we had the time. It’s amazing what my crew can create in a small campervan! On the trails I ate a lot of veloforte bars. They’re delicious and packed with real ingredients. It really helped a lot that I had no real stomach problems throughout. I also used their chews so that I didn’t get bored and carried some gels for the low points.

What kilometres and time did you average each day? Did you have a daily goal to meet?

I haven’t had a chance to look at all the data yet. You can have mileage targets each day but on a project like this you just don’t know what you’ll be facing. Sometimes the easy looking days were far from easy, so we generally went with running time. Probably averaged more than 12 hours a day overall. I also still had to find some time to do my coaching work and keep my business ticking over. It was a very challenging balancing act to be honest. Some people take on these long runs financed and with crews of 4-6 people and with nothing else to focus on. I didn’t have that luxury.

Finally...now for some rest and recovery, surely nothing more on the horizon for a while after this?

I”ve plenty of ideas. So this really isn’t the end at all for me. Perhaps just the beginning of something new! 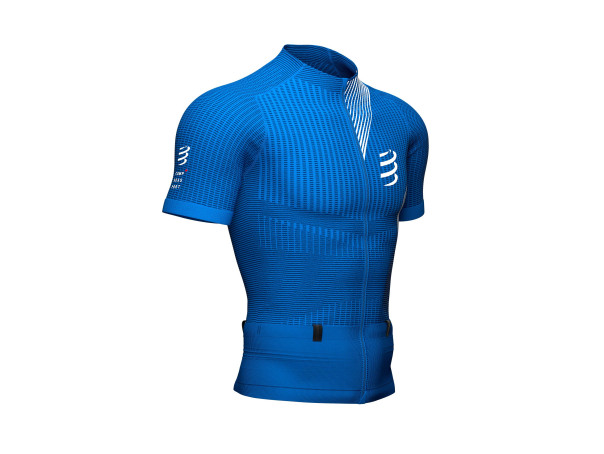 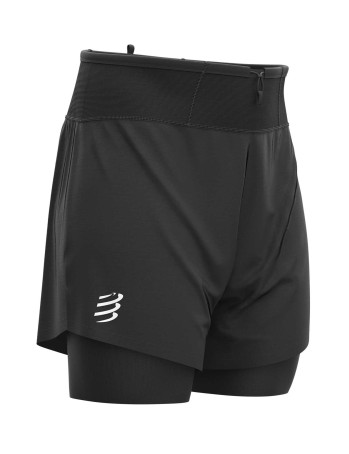 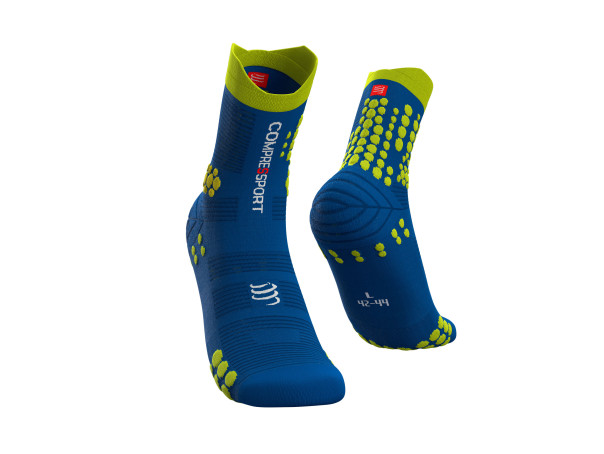 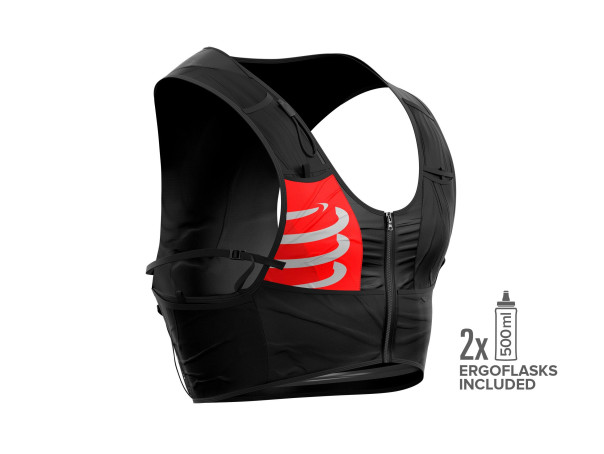 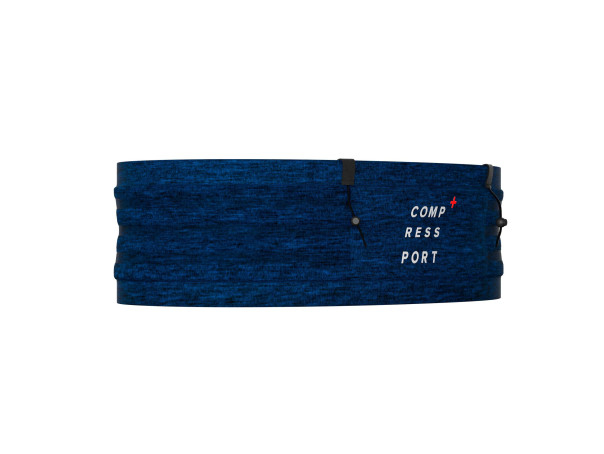 High-performance, no-bounce blue running belt to carry all essential equipment for up to 6h on the trail 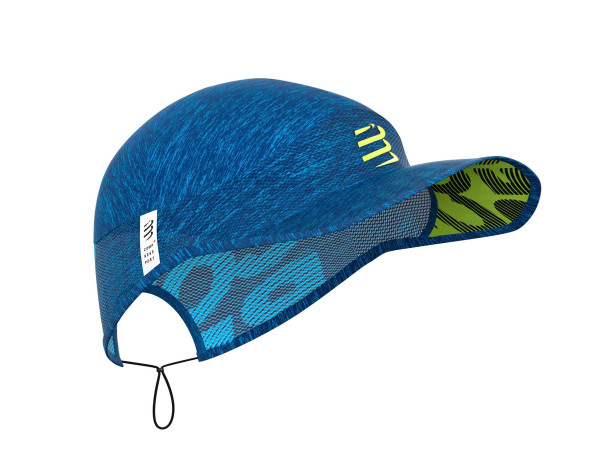 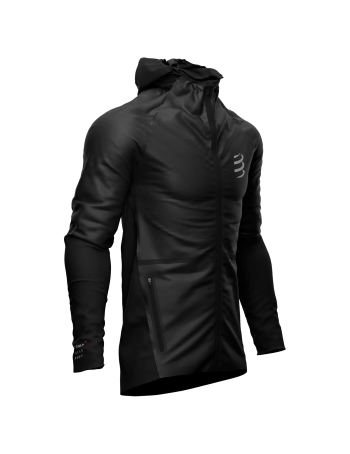