Compressport’s founder SYLVAIN LAUR sets the tone for this new interview style. Meet the man behind Compressport’s team. Without the waffle.

Compressport’s founder SYLVAIN LAUR sets the tone for this new interview style. No psychoanalysis but a few unexpected questions here and there, all with straight answers. Meet the man behind Compressport’s team magazine. Without the waffle.

PLAYFORMANCE MAGAZINE: “Sylvain, we don’t know each other. The only thing I know about you is that you’re not satisfied with just working in sport. You seem to play a lot of sport yourself?”

SYLVAIN LAUR: “I followed the typical career path of a triathlete then a trailrunner addict. We’re talking about 15 to 25 hours of sport per week, on top of work.”

PLAYFORMANCE MAGAZINE: “How did it all start with Compressport?”

SYLVAIN LAUR: “We had a cosmetics and dietetics laboratory. We sold a range of women’s compression socks in pharmacies. These products were fabulous. Delicate. They really were the silkiest and most comfortable. But that didn’t work. When we saw Paula Radcliffe running in large compression socks, it clicked. The products available at the time weren’t very practical. The materials weren’t adapted to suit long distance sport. The foot of the sock especially, which meant that feet got too hot... You had to cut the foot part off and this is where the calf sleeve came from. We produced around a hundred pairs for ourselves and people we knew. Every time we gave someone a pair, they’d ask for another ten.”

PLAYFORMANCE MAGAZINE: “Did this demand make you want to market the product?”

SYLVAIN LAUR: “Yes, that’s how we got started. We shared a stand at Ironman in Nice. We sold 380 pairs in 48 hours. I came back from Ironman and wrote everything down in my car. Since then, we’ve been following the list we wrote in Nice for 10 years... That’s how the adventure began. We have continued to work in the same way. The same criteria for passion. We share. That’s the general idea. We said to ourselves that a brand could bring together these passions, sports and travels.”

I came back from Ironman and wrote everything down in my car. Since then, we’ve been following the list we wrote in Nice for 10 years... That’s how the adventure began.
Sylvain Laur | Founder of COMPRESSPORT

PLAYFORMANCE MAGAZINE: “A prerequisite when interviewing entrepreneurs, there is the question of the brand’s ’values’. What are Compressport’s values? But remember Sylvain, I don’t want the marketing spiel (laughs)!”

SYLVAIN LAUR: “Our values? It’s not something we’ve really thought about, the answer I’m going to give, but I’d say ‘to go further’. Compressport’s most important value is to go further. To go further ourselves so that you can, too. 360 degrees further… Much further. I’m not kidding (smiles). Compressport is interested in anyone who wants to go further. Of course, it all starts with the athletes, their needs and their goals. Our job is to work out how we can create a product that helps you to go further using our technology. I ask the teams to go further in terms of scientific research and product design (no limit); manufacturers to achieve technical feats (a t-shirt that weighs 25g, with air vents, postural support and all without seams); and designers to be open to all trends, not to rule out any style and use the latest technical possibilities to develop products without weakening their performance. Whether you’re a sports aficionado or just an ordinary guy who is training like crazy to achieve your personal goal... We love people who want to go further, it blows us away. The satisfaction that comes with this is - ultimately - the encounters you can have when you all work together to innovate.”

PLAYFORMANCE MAGAZINE: “How did it all start with Compressport?”

SYLVAIN LAUR: “We had a cosmetics and dietetics laboratory. We sold a range of women’s compression socks in pharmacies. These products were fabulous. Delicate. They really were the silkiest and most comfortable. But that didn’t work. When we saw Paula Radcliffe running in large compression socks, it clicked. The products available at the time weren’t very practical. The materials weren’t adapted to suit long distance sport. The foot of the sock especially, which meant that feet got too hot... You had to cut the foot part off and this is where the calf sleeve came from. We produced around a hundred pairs for ourselves and people we knew. Every time we gave someone a pair, they’d ask for another ten.”

PLAYFORMANCE MAGAZINE: “Are these the values that govern the design of Compressport products?”

SYLVAIN LAUR: “We always design products based on real life. ‘True story = true product.’ Take a sock, for example, which is one of our top bestsellers (the ProRacing Socks). We looked into it because triathlon socks at the time were like big protective cushions that soaked up water. We wanted to offer protection that wouldn’t create warmth or become waterlogged.”

PLAYFORMANCE MAGAZINE: “What methods do you use when you’re forming a new product?”

SYLVAIN LAUR: “I have an amazing R&D team. What inspires us the most, as I was saying earlier, is using real life as a basis. What can we add to something that already exists? Is this a more comfortable product? Does it perform better? Is it more ergonomic? We like sharing with external stakeholders. Like with Sébastien Chaigneau, for example. I noticed his backpack, which he made himself. He had finished loads of races in the top three (UTMB, Hard Rock) wearing this backpack. For me, that was proof that this bag was obviously intelligent. I wanted to add our expertise and technologies into the mix. The result? His old bag weighed 187g, while the new one weighed just 67g with the same capacity... 67g to complete UTMB and Hard Rock is just incredible.

We didn’t bring any athletes to the table for the new range of Hurricane jackets (available in March). It was a raging fanatic, a guy from a shop. Someone had told me: “He’d do anything to work with you.” So I called him. He said: “I’m very good at jackets.” And that was true. We played around like mad to get the perfect jacket. We incorporated the principles of aerodynamics. We assembled it in the form of a sweater. I’m claustrophobic (in the true sense of the term) and that has an impact on the entire creative process. I’ve very critical and I like doing things differently. I always say to the team: “If you take our product, take away our logo and put another one on, does it still work?” If the answer is yes, then we start again!”

PLAYFORMANCE MAGAZINE: “You develop the methods then refine them in an extraordinary laboratory. Tell us about it!”

SYLVAIN LAUR: “It’s all down to Arnaud (Ménétrier)’s famous “Body Science” team at the University of Besançon. I love what he’s built there. His team is exclusively made up of scientists with a background
in top level sport, which gives them a true insight into athletes’ needs. It helps them understand what the bodies of a trail runner, triathlete or cyclist need. When a prototype has been finished and we are completely satisfied with it, we assess it. This means we scientifically validate what we were trying to achieve to begin with. If it’s compression clothes for a cyclist on the Tour de France, we will measure venous return, oxygenation and also evaluate how comfortable they are to wear. The mechanism for evaluating comfort is the Blind Test. For example, we hid two pairs of our ProRacing socks among 17 pairs of socks from various brands. We asked 33 subjects who had no way of knowing which ones they were to tell us what they thought about their grip and how they felt, purely objectively. Next, the subjects started to walk on a treadmill. We have a huge treadmill where you can hook up four runners or four cyclists at the same time and find out everything about them. We asked them what they liked and what they didn’t like. This helps us to confirm what we thought or abandon certain aspects. The product that is eventually released is then free of any unnecessary features... We carry out physiological tests and blind tests every week. Compression is a complicated technology that was initially developed in medicine for people with sedentary lifestyles. There was a time when we didn’t have the level of comfort we have now.”

SYLVAIN LAUR: “The idea of making yourself stand out matters to me, yes.” I didn’t study for very long. My teachers always used to say to me: “Don’t show off.” How stupid was that? Yes, you have to do everything you can to ‘show off’. I keep saying it to all my teams like a broken record. I’ve been asked a hundred times to make a simple shirt, full length tights or shorts with a nice logo and people have said: “We’d sell loads of them”. I NEED to sell loads of products. But I don’t want to sell stuff that’s an easy option. I never choose the easy option. “Showing off” is the only way you’re allowed to be egocentric.

PLAYFORMANCE MAGAZINE: “You seem to be bursting with energy, Sylvain. It can’t always be easy to keep up with you?”

SYLVAIN LAUR: “I’m not very easy to work with, in fact! (laughs). But I always give it everything I’ve got, I don’t just copy and paste. The team around me is starting to get to know me and understand that. I can see that they understand how I work. This job is above all a passion and passionate people are never the simplest (laughs)!”

PLAYFORMANCE MAGAZINE: “To conclude, Sylvain Laur, where does it all come from? Tell me a bit about your life to help our readers understand who you are.”

SYLVAIN LAUR: “Oh no, that would be egotistical!”

PLAYFORMANCE MAGAZINE: “No, but seriously, you promised to play the game and tell us a bit about yourself so, without slipping into psychoanalysis, why don’t you tell us about your early life?”

SYLVAIN LAUR: “I can tell you that my childhood was all about adventure. I was born in 1967 and surrounded by a literary and artistic world. My mum was an illustrator and my dad was a teacher. On Fridays, everyone would pile into the Renault 4L! 52 weeks a year, we would go to the mountains for the weekend. To the mountain lodges in Mercantour. On Christmas Eve, the year I turned five, I went on a four-hour hike. The idea of “technology” didn’t exist. My mother used to buy us anoraks for adults in Au Vieux Campeur and then hem them. I watched my parents cobble together equipment to make touring skis for us. This resourcefulness closely linked with a love of adventure is in my blood. Then, I spent my adolescence horse riding. Sleeping under the stars. Nature. The cold, the rain. It was the idea of adventure that made me want to create functional products. You want to know who I was when I was a kid? I dreamed of becoming a writer so I could earn a living wherever I found myself all over the world. Going further, it always goes back to that!” 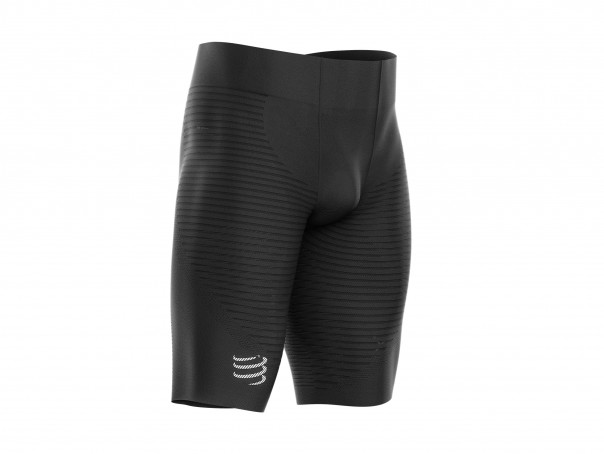