For our Compressport International Athletes, the event has been long awaited and has been placed at the forefront of our elite runners goals since the race was given the approval to proceed this year. Across the 4 major races, 13 of our top athletes were more motivated than ever and ready to give their best efforts.

It's the biggest week in Ultra Trail and after a 2 year hiatus, the return of Ultra Trail Mont Blanc was even more significant in 2021 for brands, athletes and spectators alike who all gathered in Chamonix in the French Alps last week. Thanks to the UTMB® organisation for their relentless work to allow over 50,000 people from around the World who share the same passion for the sport of Ultra Trail, join together in a safe environment to celebrate everything we love about this sport and this race. 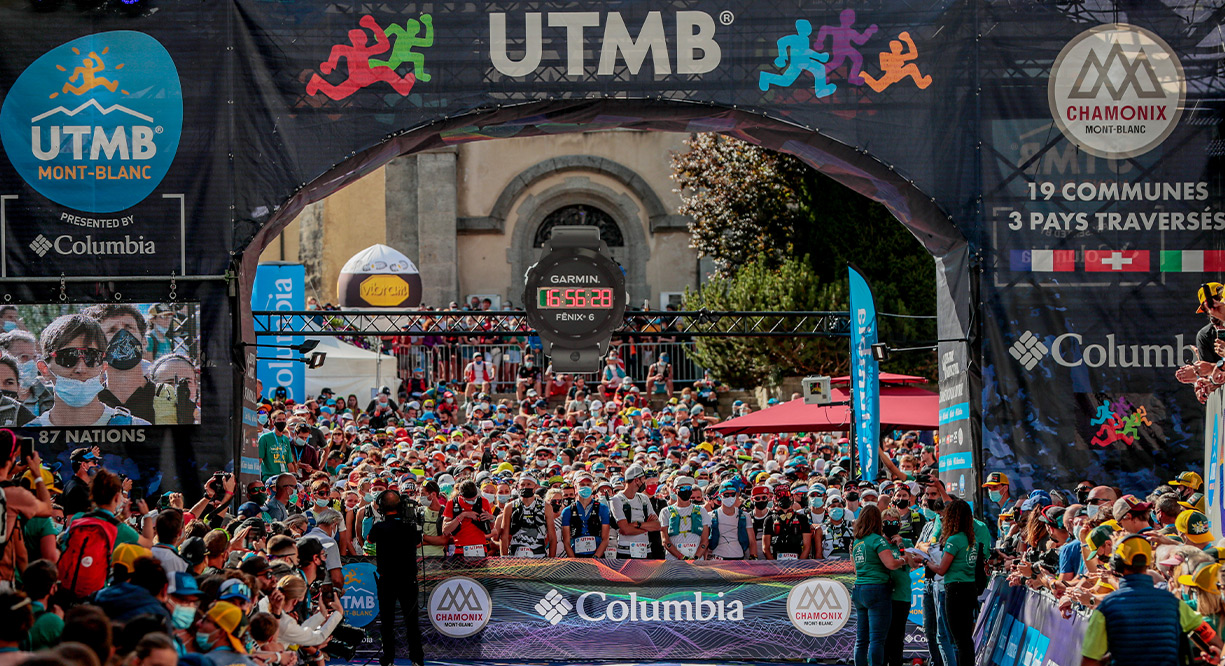 An all time highlight for Compressport at UTMB!

UTMB® started with 2,347 runners at 5 p.m on Friday, the crowd was just as huge as previous years for the most highlighted race of the week, with spectators thrilled at the return of the biggest ultra trails in the World. The 171.5km race is the pinnacle of the sport and ultimately the biggest race of UTMB® week!

An exceptional elite men's field ensured a fast start and very competitive race. A big contingent of our Compressport International Team, gave us plenty to cheer for. Race favorites François D´Haene and Jim Walmsley pushed the pace early, but Aurélien Dunand-Pallaz was never far behind, running with an elite group of 3 men together for over half of the race. Not far back, Ludovic Pommeret, Diego Pazos and Gregoire Curmer were having an incredible race too, fighting on despite the race's difficulty.

At Champex-Lac, Dunand-Pallaz made his move and left the feed zone in 2nd place. With the 3rd place finisher, coming strong from behind, our Frenchman continued to push and never seemed in doubt. He kept a distance of around 15 minutes to the World´s best; D´Haene, crossing the line in 2nd place after an enormous 20h58´31¨.

The UTMB® was the main objective of this season. So I'm delighted with the result for my first time over this distance. Despite a physical problem in June / July, I felt that the form was increasing in the month of August with the goal of the big fight in Chamonix. The race went very well on a whole and I am very happy with the time: 20h58´ and of course my 2nd place finish. 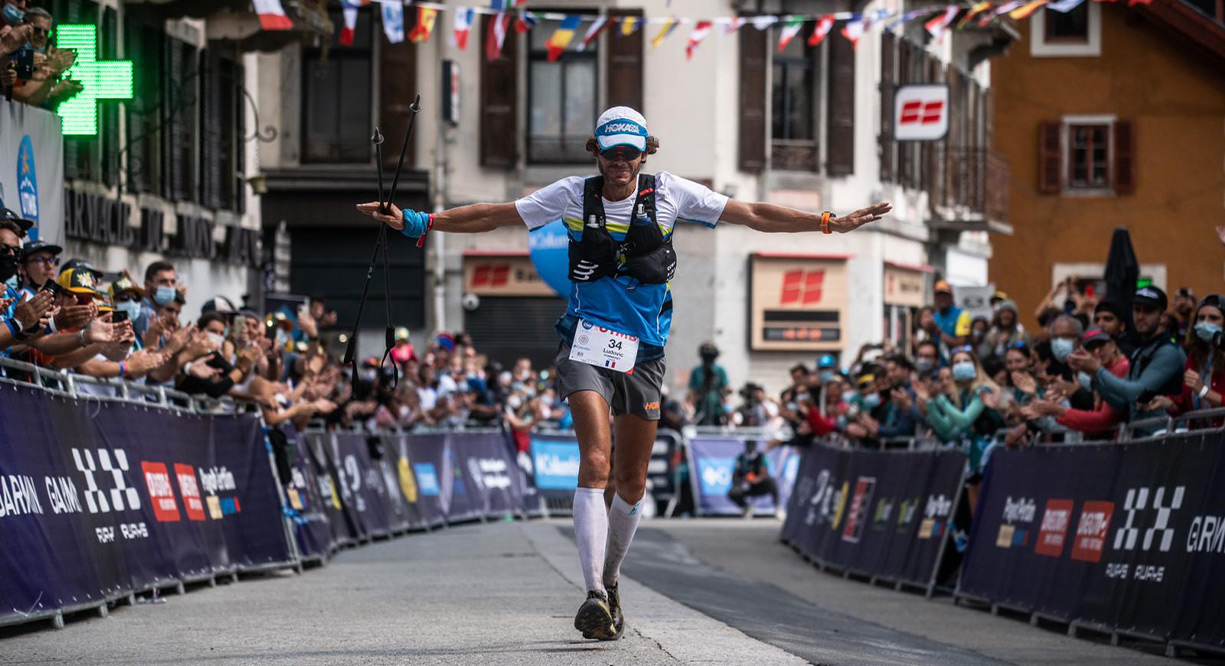 I am really happy with this 4th place. I am happy with how I managed the race. I tried to keep my pace and at the end maybe some of the lead guys slowed down a little, but I always tried to stay as constant as possible. I had some problems with my knee on the flat, but I could push uphill and downhill ok, so I could manage. It´s true that it is the chocolate medal and I would have preferred to be inside the top 3, but I am really satisfied with this result and the guys ahead of me were very strong. 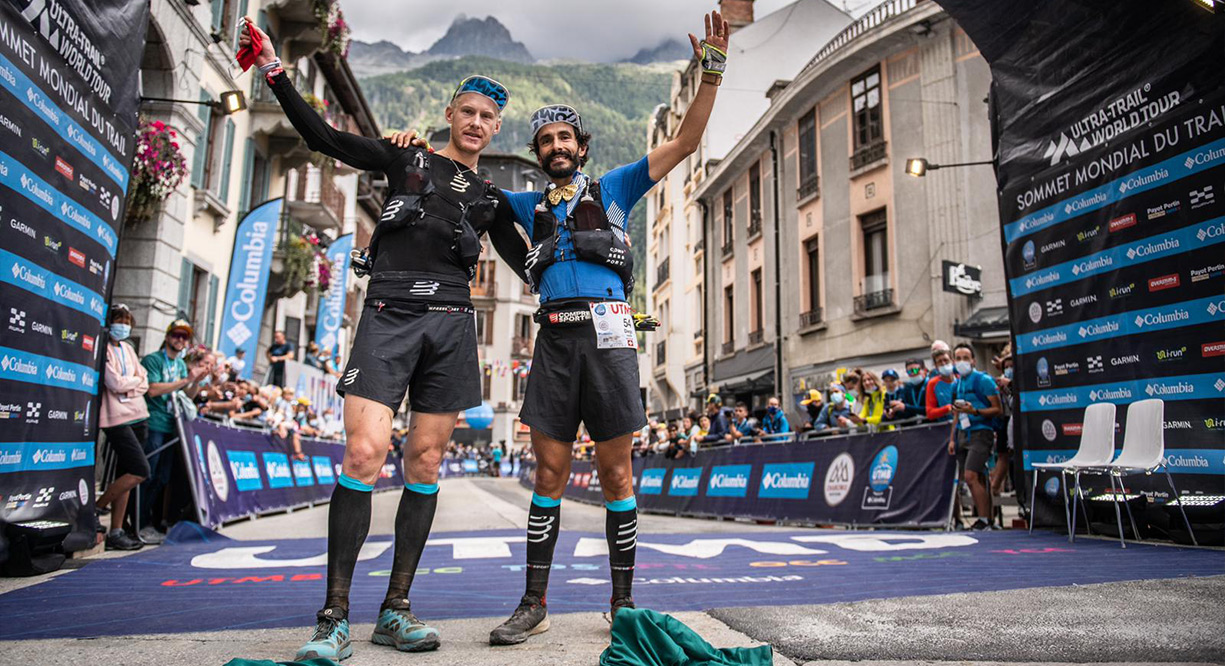 First of all, it takes place at my home in Chamonix and it is always with great pleasure to be there at the start among the best runners on the planet and to be able to cross the finish line once more at home. For me, it was a really great adventure that I had the chance to share with Diego. A very beautiful moment of sharing with him and the whole Compressport team. We decided to spend the night together and in the end we spent the remainder of the race together. There was a lot of fun along the way. I also felt in very good form despite a very difficult working season. It´s a positive point for the future… 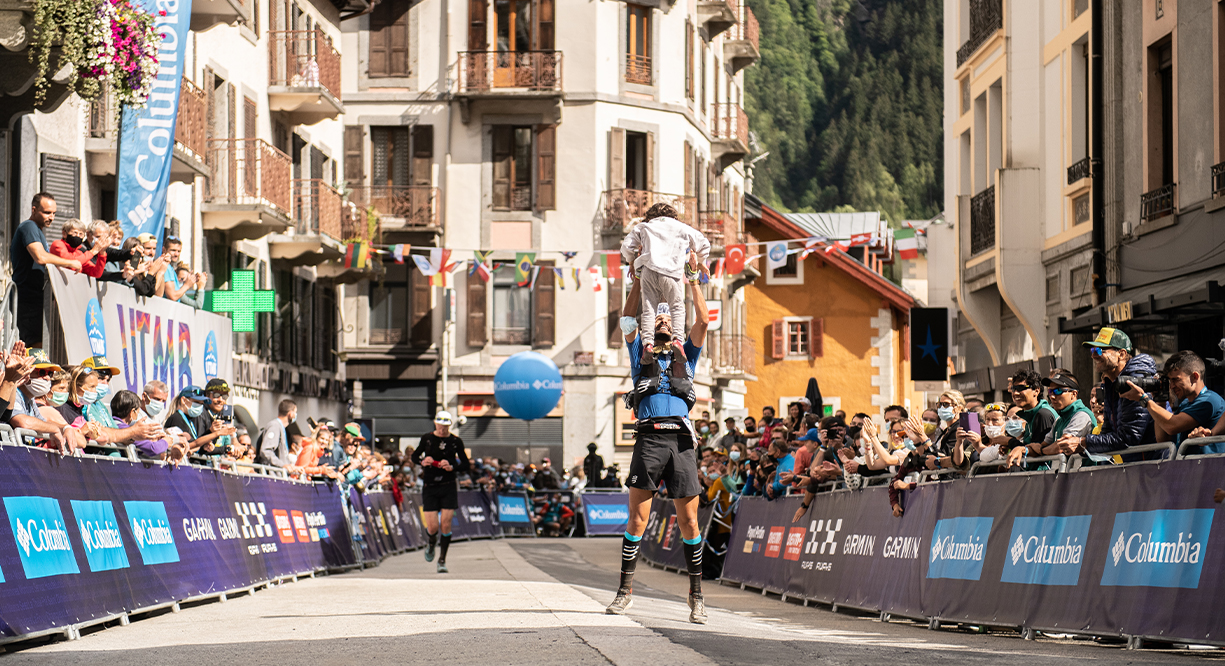 It was a nice race. For me I didn't have the legs that I had hoped to have so I had to adjust at every moment during the race to try to get to the finish in the best position possible. It was not my day, but it was still a solid performance so I am happy with the result and the beautiful moment shared running together with my Teammate Gregoire. It was an amazing week with the Compressport Team who finished strongly across all of the races... 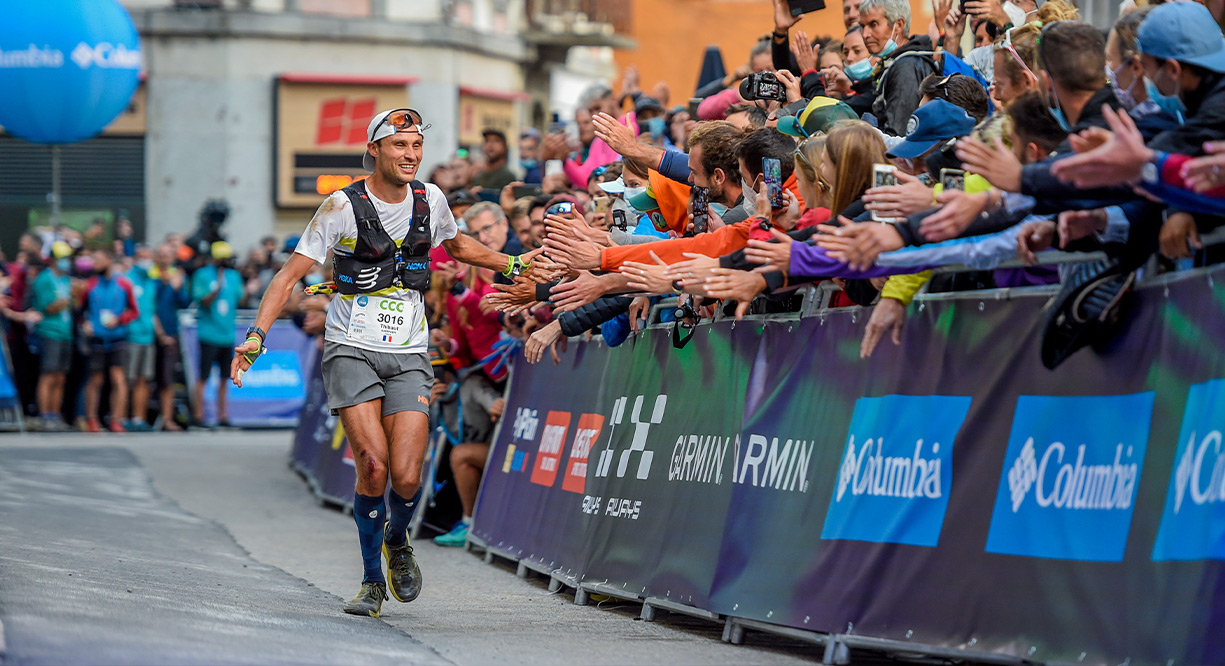 CCC® : Thibaut Garrivier was on a mission

The CCC® race started Friday at 9 a.m. and the top runners finished the 100k race later that same day, not long after the UTMB® had commenced. The course runs from Courmayeur, Italy through Champex in Switzerland and back to Chamonix in France, while clocking up 6,100 m of elevation gain. After his 2nd place performance in 2019, Thibaut Garrivier was on a mission to go one place better.

He took the lead after 60km and ran away from the front the rest of the way. The win marked a comeback from a year-long injury cycle, and a step up from his 2019 runner-up finish. Garrivier’s time bettered Hayden Hawks’s 10h24 run from 2017 for a new course record in a time of 10hr23´

It was one of those days when everything works out as planned, the best support crew and amazing encouragement from everyone along the way. I came to Chamonix to do better than in 2019, on a race where I had done 2nd. It was one of those days when descending was easy, and I felt comfortable also on the climbs. It was a perfect arrival to finish, accompanied by my whole family.

TDS® started on Tuesday, with 145 kms from Courmayeur, Italy to Chamonix, France. It’s one of the most challenging courses of the week with 9,100 m of elevation gain.

This year’s edition was marked by tragedy which beset a runner from the Czech Republic when they died due to injuries sustained in a fall during a technical descent around 62.5 kms into the race.

In the front runners, one of our French athletes; Arthur Joyeux-Bouillon remained calm and collected, gradually making his way through the top 10, to arrive in 3rd place after 19h34´. An incredible result for the young Frenchman.

It has been one of my dreams since I started Trail running in 2016, was to make a podium on one of the UTMB® races! With my 3rd place on the TDS, it's realised. It's the culmination of so many things for me...I'm so happy to see that all the hours of training for years pay! It motivates me even more for the rest and gives me confidence.